Describe yourself in one word:
Busy

What is your background with regard to writing?
I started writing in March 2004 after never really wanting to write. I actually started on a colonial Australian family saga, but while I could get the story telling out but I didn’t really do well in English at school being a math and science geek and my grammatical skills were severely lacking to say the least. So I joined a local writing group and Romance Writers of Australia. Shortly after joining RWA I got the idea for an urban fantasy romance Night’s Cold Kiss – my first Dark Brethren novel. I started to enter it in contest finalling in RWAustralia’s Emerald Award and RWAmerica’s Golden heart award. I also gained an agent who then sold Night’s Cold Kiss in a 3 book deal to Harper Collins Sci Fi/Fantasy imprint Voyager. In the same year contracted 2 short erotic romance stories to Harlequin Mills and Boon Spice Breif line.

What inspired this (the above) novel?
Kate Cuthbert. She is the managing editor of Escape and she asked me to be involved with the series.

What are you reading right now?
The Girl Who Played with Fire (Millennium series) by Stieg Larsson – actually I am re-reading. I love this series.

Number one thing to do on your bucket list?
Gosh – I don’t really have a bucket list. I guess I would like to go on an overseas holiday with my husband – just the two of us.

Best thing about being an Aussie?
I’m a 6th Generation Australian so I have never really been anything else. I guess I enjoy the freedom we take for granted and that other countries may not have. We have a tough climate at times, but we also have a beautiful country from rainforests to desserts. There so much to love about being an Aussie.

What you want readers to know about the romance genre?
That it is all about emotion. I think a good romance for me makes me feel. I find nothing better than sitting down with a good book that takes me on a journey, one that makes me feel happy, sad, joyous and angry all in the one book. When a romance can wring out that emotion out of me I feel satisfied.

What have you got in store for your readers in 2015?
I am working on something new.

What were your big achievements of 2014?
The Secret Confessions: Sydney Housewives project

From the hottest writers in Australia comes a scintillating new series. Enter the world of Sydney’s elite, and find out what goes on behind the doors of the most exclusive addresses in the country…

Darla knows her place at the exclusive Diamond D dinners – she is comic relief, entertaining the rest of the women with tales of her dating woes. Since her divorce, she has been on one bad date after another, and not even a high-class dating agency can help.

But a massive storm front brings a visit from an old neighbour – and suddenly being neighbourly takes on a whole new meaning. When it rains, it pours, and it looks like Darla’s dry spell is about to become a thing of the past. 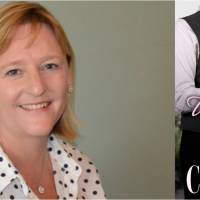