Meet My Muse with Laura Greaves

I’m inspired by Pierce Brosnan. (I mean, seriously, who isn’t?!)

Okay, that’s not strictly true. Generally speaking, my muse is the entirely dull reality that it’s what I do for a living – no time at the laptop means no coinage in the bank account. But in terms of my second novel, The Ex-Factor, I was inspired by 007 himself, and more specifically, Brosnan’s wife, Keely Shaye Smith.

The Ex-Factor is about a regular girl, Sydney dog trainer Kitty Hayden, who has the misfortune to fall head over heels for The Most Famous Man in the World, American movie star Mitchell Pyke. Their fledgling relationship forces Kitty very unwillingly into the glare of the spotlight, and invites constant, unfavorable comparisons to Mitchell’s supermodel ex-girlfriend, Vida Torres.

The first seed of the idea came to me a couple of years ago, when I read an article about Pierce and Keely (we’re totes on a first-name basis) in some supermarket rag. I forget what it was about, but I distinctly remember it mentioning that Keely is the second Mrs Brosnan. Pierce’s first wife was Australian actress Cassandra Harris, who tragically died of ovarian cancer in 1991, aged just 43.

Then I realised that every single thing I’ve ever read about Pierce and Keely always reminds readers that she’s his second wife – the runner-up, if you like. They’ve been together for 21 years now, married for 14 of those, and they have two children, for sobbing out loud – yet Keely is never allowed to forget she’s not the first.

I started wondering what it must feel like to be seen as a consolation prize in the eyes of the world. I considered what a shock it must be for a ‘civilian’ to suddenly see herself splashed across the pages of magazines (the pictures always unflattering, naturally). I imagined how a non-celebrity would cope with being attacked, insulted and laughed at on social media. I tried to put myself in the shoes of an independent woman with a thriving career who’s labeled a fame-hungry gold-digger simply because she has the temerity to date a man with a public profile.

Honestly, I doubt Keely cares much by this point – if she ever did – but I imagine it’s not a super fun thing to deal with on top of having your every date, kiss and public spat with your new man catalogued by a salivating tabloid media.

Importantly, I thought about what it must take for a relationship to weather such a storm of intrusion; what kind of woman could stand up to such scrutiny and not lose her sense of self? We’re told that love conquers all, but would that be true for a woman forced to share her beau with millions of others?

From all this musing emerged Kitty and Mitchell. She’s a fiery, no-nonsense woman who refuses to let others determine her worth, even if it means sacrificing what she wants most in the world. He’s a small-town boy who’s desperately trying to move on from heartbreak – if only the world would let him.

So I owe the Brosnans’ a debt of gratitude for making me think about what it means to follow in another woman’s footsteps. I’d be happy to send you a copy of The Ex-Factor, Pierce – just say the word! 😉 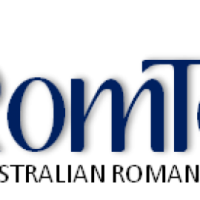 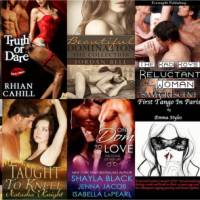 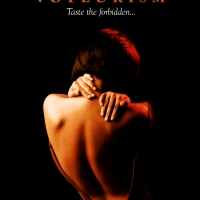