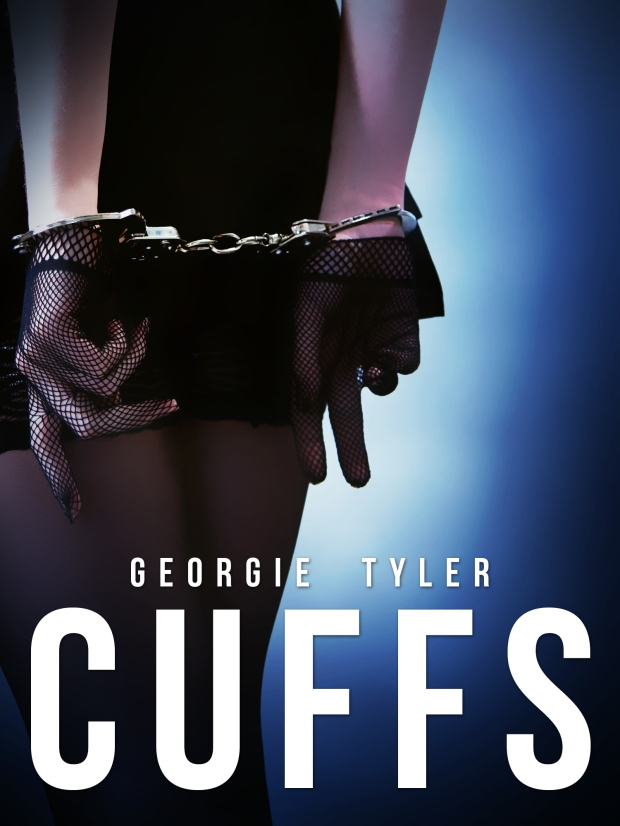 Sexy, tough and in serious need of a lesson in common courtesy, that’s my hunky hero, Alex Petrov from Cuffs, book number one in the Undercover Series. The first time he lays eyes on Lacey Maples (the heroine), he chases her down and cuffs her to a cement mixer on a building site. Why, you ask? Good question.

Hot is an understatement when it comes to Alex. He’s got the whole package; Ducati Superbike, ink, muscle and a pretty face with the longest lashes Lacey’s ever seen on a man. Despite his brooding good looks, sex appeal and at times, bloody-mindedness, there’s so much more to this hero than meets the eye.

Sincerity, integrity and honesty are fundamental traits that make up this character. I think that’s what I love about him the most. He’s principled and has a sturdy sense of duty. But he’s caught up in a potentially deadly situation and is forced to make some difficult decisions.

Gotta love a man who’s got balls and is ready to use them!

His eyes were drawn to her mouth. Her lips were slightly parted and glossy, like they had just been licked. His tongue tingled with anticipation, eager to slip into her mouth and taste her full flavor. But when he lifted his gaze to meet hers again, his breath halted. Though fear darkened them to a deep ocean-blue, her eyes were sharp and loaded with intention.

A thud made him blink. In one fluid motion, Lacey had dropped her bag and spun on her heels.

She was fast, but there was no way she could draw away from him. Ten points for trying, though. He liked her spunk, amongst other things.

His fingers grappled for her cardigan as it flew behind her and he tugged. She tried to slip out of it.

He was close enough now and managed to wrap his arm around her small waist and haul her against him. He turned her around as she floundered, pummeling his chest with her fists.

“Let me go.” Her breath was hot on his face.

“No chance.” He tightened his hold. He was enjoying this too much.

She upped the ante, trying to get a knee to his balls.

“Now play nice.” He rotated his hips to get his precious cargo out of harm’s way.

“Settle the fuck down.” He had her locked in his arms. Her movements were confined to a shoulder twist and stepping on his toes. It didn’t last. Her resolve weakened. Her wriggling slowed. She knew she couldn’t match his strength physically. But if looks could kill . . .

She blew two sharp breaths into her face, dislodging the strands of hair stuck to her sweaty skin. Her cheeks were rosy and her eyes wide and glistening.

Breathless, the dip at the bottom of her throat and top of her chest sunk each time she sucked in some air. Sexy.

He adored her facetious tone.

“I must have missed that all-important lesson from my father. You know the one?

Don’t trust strangers, except when they chase you down, cuff you to a cement mixer, then gag you.”

She clenched her jaw. It was so fucking cute.

“Well, you should listen to your father.” The corners of his mouth curled into a smile.

Get your copy of Cuffs.