Describe yourself in one word:
Creative

Tell us about How to Liv:
How to Liv is my most ‘Aussie’ read.  Joel and Liv meet in their local Woolies over a packet of Tim Tams.  He’s a ute-driving tradie and she’s a Blundstone-wearing factory worker.  Liv hasn’t had the best of luck in the love department and Joel has secrets that have kept him from dating, but their chance encounter changes everything.

What inspired this novel?
The story came to me while shopping at my local Woolies when I noticed what appeared to be a string of single people shopping.  I’ve always been one to people watch and I wondered how often single people strike up relationships while running everyday errands.

What are you reading right now?
I just finished an advanced copy of a new romantic comedy by UK author Charlotte Fallowfield called Until We Collide.  Love it!

Number one thing to do on your bucket list?
Travel.  I’ve done a fair amount of caravanning around Australia, but I’ve never been overseas.  I would love to road trip across America and tour Europe.

Best thing about being an Aussie?
Where to start?  There are so many things about this country I love!  I live in a small town on the Murray River so the first thing that springs to mind is that, and the wide-open spaces and wildlife.

What have you got in store for your readers in 2016?
I’m currently writing Xander & Tilly which is a story about two people who have a love/hate relationship.  It’s Adult Contemporary with elements of Young Adult as the story spans approx. 12 years.  I hope to publish it soon.  I also have a spin off to How to Liv planned, it’s called Being Adam, as well as a college based New Adult novel called Blurred Lines, that I started a long time ago which I hope to publish before the end of the year.

How to Liv
Megan Keith

A chance encounter can change everything.

Olivia Moore is your average hard working, down to earth, Aussie chick.

Taking each day as it comes, working in a factory, Olivia is just plodding along through life. She’s resigned herself to the fact she’s not going to get her happily ever after, a husband… kids… because she has given up on men – they lie and cheat, leaving a world of pain in their wake.

Joel Turner is hard working, down to earth, sexy, kind, fun… in fact, he’s damn near perfect. Joel is exactly the type of man Olivia has always wanted. He stirs emotions in her that have laid dormant for years. He breaks down her walls, forcing Olivia to fall in love and to finally believe fairy tales really can come true.

Until she discovers something that could change it all. 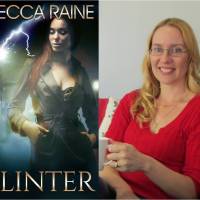 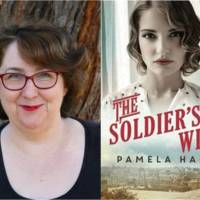