Given his well-earned bad boy reputation, Eric is having a tough time scoring. When single Jean moves to town, she seems heaven sent by the sex gods. Only problem is, she not only wants nothing to do with him, but it turns out that she’s pregnant.

Starting over in a small town, Jean is determined to turn her wild lifestyle around and be the kind of mother she always wished she’d had. Since local bar owner and all round hottie, Eric Collins, is now determined to steer clear of her pregnant self, it should be easy. When she goes into labour during a snow storm and her car slides on some ice, it’s Eric who comes to the rescue.

There seems to be a bond between them now, but is it enough? And can Eric give up his manwhore ways to be the man Jean needs?

One coin for love, one for marriage, one to return to Rome.

Two days ago, Lara Foxleigh tossed three gold euros into the Trevi Fountain. Now, she is caring for a cranky old man and living in a picturesque villa, …half a world away from her home and the concerns of her loving family.

Soon, it seems as if those wishes she made in Rome just might be coming true, and she may even be able to help heal a fifteen-year-old tragedy.

Until Lara’s past threatens to destroy everything she loves…

Three Gold Coins is a masterfully written celebration of food, family, triumph over adversity, and love – a deliciously imperfect life.

Burra District Hospital’s maternity unit is under threat and will close for births unless a new obstetrician can be found. Midwife Noni Frost needs a miracle.

A single mum, Noni lives with her young son, Harley, and her Aunt Win, a free spirit and the beating heart of Burra Guest House. Noni’s world is disrupted when Iain McCloud and his pregnant teenage daughter Jacinta move into the guesthouse to await the birth of her baby.

There’s instant chemistry between Iain and Noni, although he has no plans to stay on in town. But when Jacinta shares explosive family secrets with Noni and an unexpected crisis occurs, everyone’s lives come crashing down around them.

Set among the white gum trees and flowing waters of the NSW northern rivers, this is a heartfelt and dramatic story about new babies, new friends and new loves, which shows that when strong women come together in a time of crisis, they can overcome even the greatest odds. 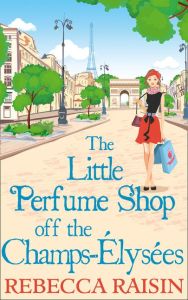 The Little Perfume Shop off the Champs Elysee
Rebecca Raisin
What is French for falling in love?

When Del leaves small town America to compete in a perfume competition in Paris, she thinks it is just the next step on her five-year-plan. It’s an exciting opportunity. What started out as just a dream for Del and her twin sister is nearly in her grasp. If she wins this competition, they are on their way to opening their very own perfume boutique!

Arriving in Paris, watching the sun glinting off the Seine and wandering the Champs-Elysees, Del discovers the most perfect perfumery she’s ever seen. Yet, as the competition dawns Del realises that whilst she might have had the best nose in her small village, her competitors seem to know more than she could ever have dreamed. This competition isn’t going to be easy…

Del has the romance of Paris to sweep her away from her worries, but as the competition heats up, so does her desire for that which she cannot have! If only the dashing owner Sébastien didn’t smell so seductive, look so handsome and make her heart flutter like it never has before. They say love smells as sweet as a red rose in bloom, but Del would tell anyone that true love can’t be bottled – it’s beautiful and unique to everyone…even herself. With everything on the line for her future, can Del really let a little attraction get in the way of securing her dreams?

Pin-up clothing store owner Madeline Evans always spends her July 4th on the beach writing down her goals while she keeps an eye out for her fantasy man. Every year, she watches her almost-prom-date-turned-famous-actor jog along the same beach where she writes her resolutions. But she never expected to actually have to talk to him…

Cal Greyson’s acting career just took a sharp turn for the worse. After losing his bid to star in a blockbuster flick, his steady job at a soap opera is cut short in the most embarrassing way possible. It’s the cherry on the sundae when he falls down during his annual jog through his hometown beach. As the onlookers start recording with their smartphones, he’s rescued by the most surprising person imaginable…

The former high school classmates hide out in Madeline’s house until the coast is clear. As they revisit the past, a little white lie Madeline spread about Cal in her youth may keep them from fantasizing about their future… 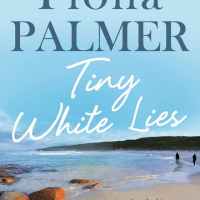 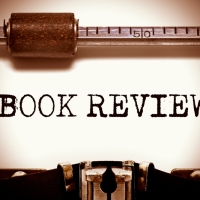