From one of Australia’s hottest new authors comes a story about an international scandal, a billionaire, and a fearless reporter who might just save the day…  Confined in a cold, dull room in the depths of a Shanghai airport, a journalist chasing a career break and a businessman with a shadowy past play a game of truth or dare — deliberately not exchanging names. They tell each other their most painful secrets and burning desires. One dare leads to a kiss and a wild night of illicit passion, setting off a dangerous sequence of events, bringing exposure and disgrace. Only the brutal truth can save them. But it will also rip them apart. And it will take more than daring before they can build a new truth together.
Buy Now

FOR YOUR EYES ONLY
SANDRA ANTONELLI

The smart-talking, quip-cracking, pop-culture addicted author of A Basic Renovation is back with a new romance for grown ups… By day, Willa is a mild-mannered scientist; by night, she’s on the trail of stolen classified documents. Technically that makes Detective John Tilbrook on her side, but Willa has secrets she can’t share. John is instantly fascinated by the new physicist on the block, even though Willa keeps her distance. A fan of coincidence and happy endings, John has plans for the secretive scientist with the wicked sense of humour. But Willa has more than her heart on the line – her best friend is at the top of the suspect list for espionage, she’s having trouble leading her double life, and somehow her hair just turned purple. As days speed past, Willa’s life unravels as she struggles to come to terms with her unexpected feelings for a man she just met. John’s a big fan of happily-ever-afters, but will he believe in love and happiness when Willa divulges the real reason she’s in town? Will he break the law he’s sworn to uphold — for love?
Buy Now

I DREAM OF JOHNNY
JULIET MADISON

From the author of Fast Forward comes a story about three wishes, a high-tech genie in a lamp, and one very unfortunate typo… Getting three wishes isn’t all it’s cracked up to be when an unfortunate spelling error in Mandy’s high-tech magic lamp changes her wish for a Greek God to a Geek God. His fashion IQ is in the negatives, he’s clingier than cling wrap, and he has a penchant for breaking into song at inappropriate moments. Before Mandy can request a replacement wish, she has to put up with him for twenty four hours, and the timing couldn’t be worse — it’s her friend’s wedding day, her ex will be there, and the God of Geeks insists on coming along for the ride!
Buy Now

In the vein of Portia Da Costa and Charlotte Featherstone, Regency England gets just a bit raunchy in this novella about a gently-raised lady who wants to feel like a woman… “I have never seen fit in my life to divulge my secrets in a diary, yet now, after today’s proceedings, I do…” Lady Catherine Bexley is new to marriage and the marriage bed, but surely there must be more to it than this? Her husband is proper and perfunctory — treating her with careful respect but leaving her aching for more. When she witnesses a gentleman disciplining a maid at a house party, the ache explodes into ravenous desire. She finds herself no longer willing to wait for her husband’s stiff and passionless attentions — and soon develops a naughty plan to finally get what she wants.
Buy Now

Set in the world of the bestselling title Legend Beyond the Stars, an erotic novella about two warriors who have lost the ability to desire, and the human woman who is about to wake them up.  Fran must have been crazy to leave her ordinary, safe life and volunteer as a colonist to terra-form a new earth. Now she is trapped in a prison cell on an alien planet a zillion miles from home and bound for a hideous death in notorious research chambers. She has one chance of escape: awaken the long dormant sexual urges of the Darkon Warriors shackled in the next cell. It’s a desperate job, but someone has to do it.
Buy Now

A turbulent, emotionally charged YA novel that breaks down barriers and challenges the status quo…  Angry, seventeen-year-old Iraqi war refugee Mirriam Yohanna hates her new life in Killeen, Texas, where the main attraction is a military base, populated with spoiled army brats like Caleb Miller. Caleb has much to be angry about too, including Mirriam who turns him down flat in front of everyone. Eager for retribution, Caleb agrees to a dare that will see him take Mirriam to the prom and regain his pride. But their relationship soon moves beyond high school antics. Mirriam and Caleb are bound together by more than location, and as they are forced to work closely together on a school assignment, they start to uncover an explosive story that has the potential to ruin lives — and both of their futures. One single truth changes everything and strengthens their bond. When Mirriam’s family discovers their relationship, they decide it’s time to arrange her marriage to a proper Iraqi man. Caleb must convince Mirriam that he is in it for forever — or risk losing her for good.
Buy Now

Dark, moving and original, a story of family, survival, and getting on with life… Flynn Sinclair understands pack loyalty — for years as his Alpha father’s enforcer, he has done things in the name of duty that he can’t ever forget. But the vast expanse of Alaska offers him a peace he’s never known. Alone, removed from pack life, he can focus on his research and try to forget his life before. But duty has a way of inviting itself in, and Flynn finds himself doing two reckless things in one week: leaving the safety of Alaska to save his brother Connor’s life, and unwittingly falling in love with Evie Thompson, a woman who doesn’t deserve to be drawn into his terrifying world. Connor carries news of their father’s descent into madness, and it looks like neither geography nor Flynn’s attempts at disengagement will put off a confrontation. Flynn had finally begun to believe that he might deserve something good in his life — something like Evie — but to move forward in the light, he must first reconcile with the dark.
Buy Now

In a style reminiscent of Robyn Carr, an intensely emotional story about taking chances and risking your heart.  When her family home burns down, it’s the final heartbreak for Rita Jorden who has already lost her parents. Her boss, former SAS captain and head of Tamerlane Security, Ivan Novak, steps in, offering her his home and his help. But Ivan has his own demons, and although he’s interested in Rita, there’s darkness in his past that could cause her harm. Thrown together into a situation that’s too close for comfort, this story can only end in one of two ways: in the destruction of Rita’s dreams of love — or the gift of healing and hope to two damaged survivors.
Buy Now

She thinks she needs him, but she doesn’t know the secrets he keeps… Threatened with the publication of naked photographs taken in her law student days, defence attorney Allegra Greenwood enlists the help of former SAS Commander Luke Neilson, unaware of his involvement in her brother’s death in Afghanistan. In a race to stop the photographs appearing on the Internet, Luke battles a hidden enemy, his growing feelings for Allegra, and his conscience, which demands he protect a fallen comrade’s sister. As the stakes increase and more sinister motives unfold, Luke not only has to fight to save her career, he has to fight to save her life.
Buy Now

Indiana Jones meets Lara Croft in a hot, desperate treasure hunt that spans the globe and captures the imagination.  Dr. Cat Livingstone works for the British Museum, and she’s frustrated as hell when the mysterious man she knows only as the Silver Fox snatches yet another artefact from under her nose. Determined to steal the priceless necklace back, she tracks him to the Swedish Ice Hotel, but she doesn’t bank on him being the most gorgeous guy she’s ever laid eyes on. Heath has no idea that the hot blonde in the ice cold hotel has ulterior motives. But when a night between the sheets ends with both Cat and the necklace gone in the morning, Heath jumps into action. Unfortunately for Cat, Heath lives for the thrill of the chase. And the chase is on.
Buy Now 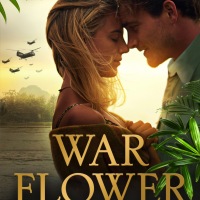 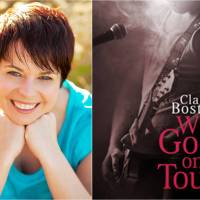 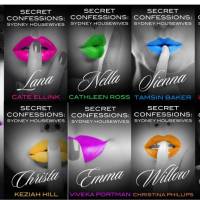 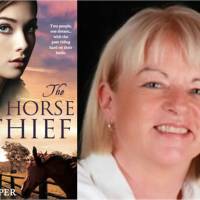