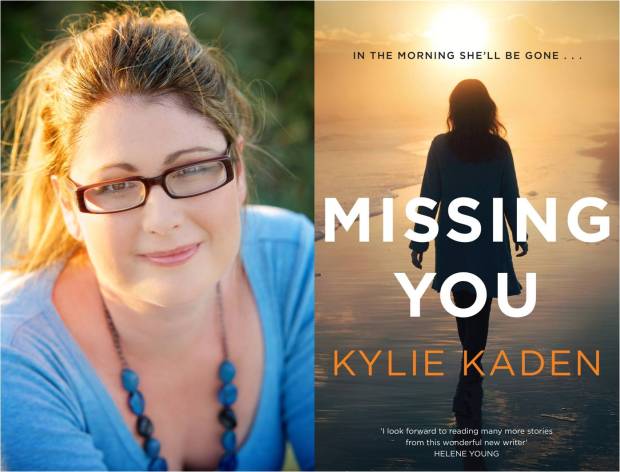 MEET MY MUSE with Kylie Kaden

You know what? I’ve never been too sure what Muse is, exactly.

I’m not certain I’ve met her. It? Them? Or, for that matter, know how it might be channelled.

Now I get the verb version – to muse, or ponder over something. But they tell me it also comes as a noun. But from what I gather, it sounds like some sort of spiritual cloud that frolics around arty types as a source of inspiration, power and creativity.  A magical halo that wafts about feeding authors magnificent plots.

Well that just sounds like cheating to me.  But if there is an official Muse Facebook page I need to like to get regular feeds, my finger’s ready.  I can certainly do with some inspiration for book three right about now.

But yes, I am familiar with the concept – you suddenly get hit with a fantastic idea for a scene that will perfectly demonstrate your character’s dilemma.  It happens to me, usually when making school lunches (I do that a lot – my kids expect lunch every single day would you believe). Or when I’m cleaning up after the puppy, or some other urgent task.  I try to mentally freeze the inspiration in my cluttered brain, scribble a few key words on an old docket and rush like hell through the day’s errands till I get those precious minutes of alone time to flesh out the idea.

Of course, then I can’t find the bit of paper. Or my computer is attached to a seven year old. Or I fall asleep, only to find the scribbled note a week later and think what the hell does ‘gravel, cheese-platter, lake-house’ mean? This can’t be my shopping list!?

So no, I have no tricks or routines or favourite songs to entice this mythical muse creature.  With both my debut Losing Kate and new release Missing You, my entire creative process happened in five minute snippets of stolen time, so I just take it when it comes. I don’t think something as complex and delicate as creativity can be forced. It’s a Diva. She does what she likes. If you carve out an hour to write, most likely she will call in sick. Just appreciate her when she’s there.

But if I had to guess, I think it has a lot to do with being calm. Muse might be like night-cream – works best when your skin is relaxed.  When your mind has had sufficient idle time to let in a little more light.  That is when the balance returns, the synapses fire and the magic happens.

Ps.  And as for sharing one thing I’ve learned in the steep learning curve that is the creative industry:  put the effort in, give it your best, but when it comes to the actual prose – don’t try too hard.  Don’t over-polish. Leave the personality and natural voice on the page. No extra layers of ‘should-be-like-this’, or restrictions like ‘stick-to-this-rule’. Just be yourself. That way your audience gets something authentic: something uniquely you.

Missing You is a tantalising love story and a seductive suspense novel: ‘Our lives were built around the strength of a kiss between strangers. Yet seven years on, look where it led us . . .’ –

When Aisha met Ryan she fell hard for his good looks and easy charm. Why worry that he didn’t want children or a 9 to 5 job? Nothing and no one would come between them.

But with the birth of their high-needs son, Eli, their extraordinary love is shackled into an ordinary life, their passion blunted by responsibility.

Until Ryan can’t take it anymore.

Then, following a mysterious phone call late one night, Aisha leaves four-year-old Eli in the care of her elderly father Patrick – and doesn’t come back.

As Patrick struggles with the grandson he barely knows or understands, his frustration with his missing daughter and absent son-in-law quickly turns to fear.

Particularly when blood is found in Aisha’s abandoned car . . .

Free sample chapters of Missing You from Random House