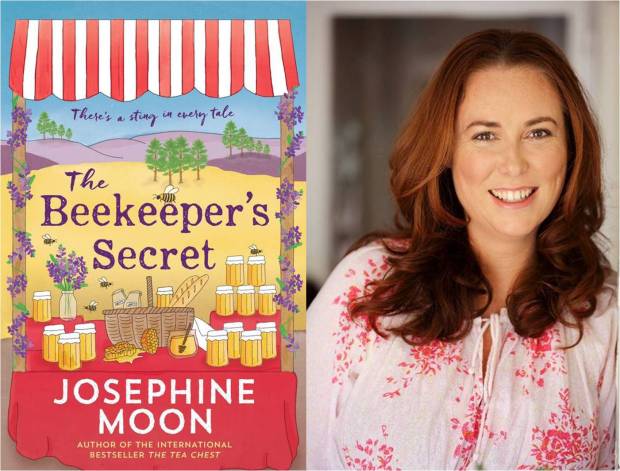 AUTHOR OF THE MONTH: Josephine Moon

Tell us a little about The Beekeeper’s Secret.

(Firstly, please do watch the book trailer for this novel. It is spectacular! I didn’t make it; so I can say that.)

Maria Lindsey has secrets to hide. Living on top of a secluded mountain is a good way to hide from the world… until her past begins to track her down.

‘Maria knew about guilt. It was a stubborn, pervasive and toxic emotion, and incredibly difficult to shake. Especially if really, deep down, you didn’t think you deserved to let it go.‘

Maria Lindsey is content. She spends her solitary days tending her bees and creating delicious honey products to fund orphaned children. A former nun, her life at Honeybee Haven has long been shaped by her self-imposed penance for terrible past events. But the arrival of two letters heralds the shattering of Maria’s peaceful existence.

Set in the lush mountains of the Sunshine Coast hinterland and the world-famous Noosa Beach, this is a story of redemption, reunion and renewal. It’s a story of faith—in love, in relationships, in family and in rebirth. And it’s a story of bees, their role in the world, with each other and with us.

The Beekeeper’s Secret is a story that showcases the impact of individual secrets and guilt and how these can be unravelled and handled inside the intricacies of a family unit. What sparked this concept for you?
Interesting question! I was actually trying to write a family saga set on a coffee farm J I’d done heaps of research on coffee and I was really intellectually interested in it and in it’s historical development in Australia, but ultimately I had no passion for it, no fire in the belly. So I had to go back to the drawing board and ask myself what I was really passionate about. Everywhere I turned, I saw bees and honey and wanted to know more. Spontaneously, after about thirty seconds of conversation, a beekeeper I was talking to at a market invited me to see his bees. And it was such an out of the blue thing to happen that I took that as a really good sign I was on the right path.

So then I was still trying to write a different book, this time one about corporate sabotage and bees. But there were these nuns in the background and they kept talking. I kept trying to work them into the story but realised they didn’t belong there. I had to sit back and ask them, ‘Hey, what do you want?’ And the answer was Maria’s voice, so strong, unrelenting, urging this story to be written. I have no other way to describe it. I’ve never had a story just ‘turn up’ like that with such completeness.

Maria is a former nun now beekeeper who is living in self-imposed penance when we first meet her. She is immersed in a complex and guilt-ridden character arc yet she is incredibly relatable. If made to choose, what one character trait will most endear her to your readers?
I think what I love about Maria the most is the thing that kept surprising me at regular intervals throughout the writing process, and that is this: At every stage of her life, Maria would do whatever she had to do in order to protect those she loved and cared about. No question. That fierce loyalty and willingness to pursue on outcome for the bigger picture both shocked me and made me go, ‘Wow, I really respect you.’

What was your biggest challenge in writing The Beekeeper’s Secret?
I chose to walk a very fine line throughout the book, taking it to darker (or weightier) places than either of my first two novels went, but still keeping it within my comfort zone of the type of work I want to put out into the world. I don’t want to trigger, upset or traumatise people, ever. So every draft was a matter of careful consideration of the words and imagery used, paring it back again and again so that we have just enough to understand what’s going on but not a word more than necessary so as not to make it the focus of the book. (It’s part of what drives the plot but it’s not what the book’s about.) And I’m confident it does that.

Without giving away any spoilers, you tackle some very topical issues in The Beekeeper’s Secret; what kind of research was involved in the planning of the novel? Was there anything surprising that you learned during the research process?
So there’s lots of Catholic stuff in the book, right? And even though I was baptised Catholic and made sacraments and went to Catholic schools (and even taught in Catholic schools), I don’t consider myself Catholic today and I’ve been out of the loop for a while and needed to make sure I had my facts right. The thing that left me gobsmacked was learning that the Catholic sisters are not even an official part of the church hierarchy. I kept looking up chart after chart to see where they sat among the priests and the bishops etc., and thinking, where are they? Until I realised, horrified, that they aren’t part of the church. They are the worker bees, simple. They work as nurses or teachers and give all their wages back to the church. They have no power at all.

What’s next for you?
Right now I’m working on my fourth foodie fiction novel, which was inspired by my trip last year to the Cotswolds in England. It will be set there and has a food theme of cheese. (Somebody, please buy me a gym membership now!). I’m taking two years between books for this one, so it will be out in 2018, which seems like such a long way away but it will go quickly. I have a three- (nearly four-) year-old son who needs me more now than ever and I think I owe him a year of less frantic pace and more time together before he gets sucked into formal education and he’s gone. (*can you hear me trying not to cry?*). But I am sneaking in a trip to Tuscany later in the year for research for book five, so that will be rather special.

About the Author:
Josephine Moon is the internationally bestselling author of The Tea Chest and The Chocolate Promise (published as The Chocolate Apothecary in the UK/Ireland). She says she took the long route to fulfilling her dream of being a writer, writing ten manuscripts in twelve years and stopping off in more jobs than she can count. Her longest careers have been as a teacher (three years) and an editor (four years). She also founded and ran a horse rescue charity in SE Qld, working nearly full time for three years and for no pay, but a lot of personal reward and a paddock full of retired horses that now eat their way through her spending money. She loves animals and includes in her life’s highlights swimming with humpback whales in Tonga.

Josephine likes to write stories around food (‘foodie fiction’) and thinks of her books as nourishment for the soul. And if she’d known she could claim a high tea as a legitimate research tax deduction, she would have written about food much sooner. Sometimes she prepares great, organic superpower foods and other times she eats toast.

She lives with her husband, son and animals on acreage on the Sunshine Coast in Queensland (Australia), very much enjoying the splendours of sushi, beaches, smoothies, cafes, fresh food markets and festivals. She has the best job in the world.

Maria Lindsey has secrets to hide. Living on top of a secluded mountain is a good way to hide from the world… until her past begins to track her down.

‘Maria knew about guilt. It was a stubborn, pervasive and toxic emotion, and incredibly difficult to shake. Especially if really, deep down, you didn’t think you deserved to let it go.‘

Maria Lindsey is content. She spends her solitary days tending her bees and creating delicious honey products to fund orphaned children. A former nun, her life at Honeybee Haven has long been shaped by her self-imposed penance for terrible past events. But the arrival of two letters heralds the shattering of Maria’s peaceful existence.

Pushing aside the misgivings of her family and friends, Tansy Butterfield, on the eve of her marriage, made a serious deal with her adored husband, Dougal. A deal she’d intended to honour. But, seven years on, Tansy is finding her current feelings difficult to ignore. And on top of those not-really-there feelings, Dougal wants to move to Canada!

The surprising and intriguing new novel about the astounding secrets we keep from those we love from the bestselling author of The Tea Chest. 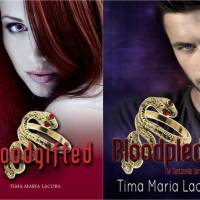 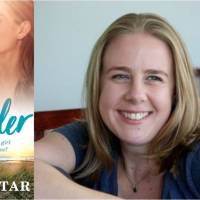 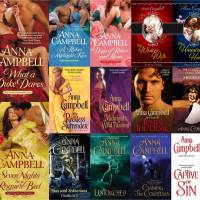