Tell Us Your Backstory with Cassandra Samuels

When I was fifteen years old I read Pride and Prejudice for school. It was a tiny volume with a red hardcover and bible-thin paper. I groaned at the thought of having to wade through this book but as I started to read it, and enjoy the humour and the characters, I realised something. I loved this book! When I got to the end of it I went and read it again. Something within in me was intrigued by the time period, the romance of the story, the language. I was hooked.

I tried to write my own sweeping saga spanning continents and using what knowledge I had of England (which was not much) and the gold rush era in Australia (which I had only just studied) to make an attempt at my first novel. It was a half typed, half handwritten effort. The characters were laughably immature but the basic premise had potential.

From there I went on to write short little things but nothing of real consequence. I think in part this was due to my English teacher discouraging me from wanting to be a writer because writers made no money. And a writer needed life experience, of which I had little at the time. Still, I wanted to be a writer.

When I was in my mid-thirties I went through a little bit of a mid-life crisis. I was a mother, a wife, an employee but I had somewhere in this time lost part of myself. I decided to take up writing again. My husband was all for it and at the time it cost me nothing but time to do it. I wrote late into the night while my two little girls slept. I produced a manuscript that I lovingly called Collector of Hearts. It was a mess but I had finished it. I had no idea what I was really doing but I had loved writing it just the same.

It was just before my son was born that I contacted Stephanie Laurens to ask for some advice. She directed me to Romance Writers of Australia. I had no idea such an organisation existed. I joined RWA and soon after was put in contact with a writing group called Breathless in the Bush. I could not have been luckier. I learnt so much from the members of this group. Enough to know that Collector would have to stay under the bed for a while longer. I started writing A Scandalous Wager (my debut novel) and with the support of the Breathless girls I shaped and polished my novel. Entered it in contests and awards and once I started regularly placing and winning in these competitions I decided to submit A Scandalous Wager to Escape. Kate Cuthbert accepted my manuscript and my first book was born.

Soon after, however, I fell ill with Rheumatoid Arthritis which really knocked me about. A lot of different medications later and I am still struggling but I did manage to re-write Collector of Hearts and Escape will be publishing this book on the 12th of June, 2018. The first in the Regency Hearts series. I am currently working on the second book, Thief of Hearts.

So, that is my backstory and how I came to be at this place in my career. It hasn’t been easy and I know I have a lot of hard work and many books to come, but that only makes me more excited about the future.

Thanks to a wastrel father and a laudanum–addicted mother, Arabella Fleming and her twin sister have one – and only one – season in London in which to find suitable husbands.

Robert Mallory, Marquis of Shelton, is not suitable. Known as the Collector of Hearts, Shelton is a master of seduction, and he never fails when he sets his sight on a new target. And this season, he wants Arabella.

Arabella is too clever to be swept up in Shelton’s wicked amusements, but she finds herself unable to resist the temptation of his company. And when she tastes his kiss, she discovers there’s more to him than a mysterious past and an infamous reputation. Arabella soon realises that, in order to protect her own heart, she has to collect that of another – the heart of the most notorious rake in London. 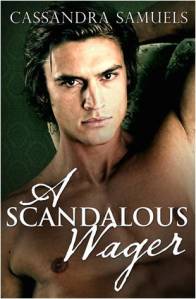 Love may be the biggest gamble of their lives, but is it a wager their hearts can afford to lose?

As the Black Raven, she’s cold, distant and alone…untouched by the gossip and scorn of her aristocratic peers. Until he enters her house – and her life – then suddenly her icy shell is no match for the heat of attraction…

Notorious Widow Lisbeth Carslake, Countess of Blackhurst was acquitted of her husband’s murder, but no one believes in her innocence. Known as the Black Raven, bringer of bad luck and death, she is eviscerated by the gossips and mocked in the clubs.

She’s also the subject of London’s most scandalous wager.

Oliver Whitely, Earl of Bellamy, needs money, but it takes more than a few drinks to take on The Black Raven Wager. He finds himself drunk, at her house, and-more surprisingly-agreeing to a business proposal at the end of a fire poker.

She will let him win the wager, and he will help find her husband’s killer before the killer finds her. But business agreements don’t mean trust, and Lisbeth certainly doesn’t trust Oliver, her body’s reaction to him, or her heart.