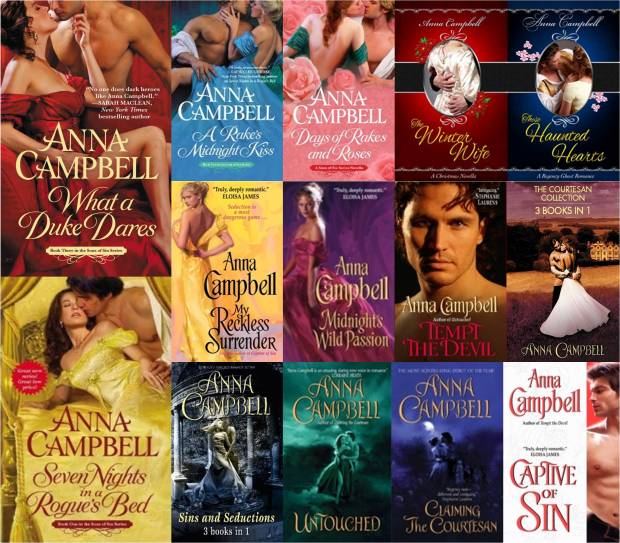 Describe yourself in one word:
Curious.

What is your background with regard to writing?
I always wanted to write, from early childhood. I started my first book in grade three and finally finished a novel (a different one!) when I left high school. I kept writing for years after that, with some success on the contest circuit, and finally sold to Avon in America in 2006. Since then I’ve been a full-time writer. It’s a dream come true!

When did you first begin writing with a view of embarking on a career as a published author?
I’d always hoped that I’d live off my writing. I must say that as the years passed, the dream began to seem an impossibility. It was 27 years between finishing that medieval after high school and when I sold, so I had lots of time in the wilderness.

Tell us a little more about What A Duke Dares:
This is the third book in my Sons of Sin series, although it can be read alone. Camden Rothermere, the Duke of Sedgemoor, is one of those cool, calm and collected characters whose life goes haywire when he falls, very much against his inclination, in love. The heroine is his childhood friend, Penelope Thorne, who rejects his proposal when she’s 19 and runs off to the Continent to travel with an eccentric aunt. When Cam and Pen meet again nine years later, sparks fly, although both know that the other person is the worst possible match. But fate takes a hand and scandal ensues and Cam and Pen are forced into a marriage of convenience. I love marriage of convenience stories, especially historical ones, where they really were stuck together till death did them part!

You write historical romance so beautifully; it’s hard not to get swept away while reading. What inspired What A Duke Dares?
Thank you so much, J’aimee. I’ve been looking forward to writing Cam’s story since he first appeared on the page in Seven Nights in a Rogue’s Bed. There’s a couple of tropes in this story that as a reader I love but which I haven’t used very much in my writing. Friends into lovers. Unrequited love. A marriage of convenience. A secondary romance. The book starts in Italy where Pen has got herself into trouble with bandits in an inn in the Alps. I’m always fascinated by the real-life female travellers of the Regency. Talk about brave and daring women! There’s also all the high society stuff when they get back to England. The previous two Sons of Sin books take place in the countryside so it was nice to set my characters waltzing around those glamorous London ballrooms.

The central character, Miss Penelope Thorne’s journey involves starts with her declining the marriage invitation of Camden Rothermere, the Duke of Sedgemoor. It takes quite a woman to turn down such an invitation! What was the most enjoyable aspect of writing Penelope’s character; were there any particular aspects that were difficult for you to write?
Actually Pen was really enjoyable to write. She’s strong and proud and headstrong and leads with her heart over her head most of the time – which makes a nice contrast to Cam who is definitely someone who thinks things out. I think they balance each other out pretty well as personalities! She’s been in love with Cam since she was a little girl but she knows that a passionate nature like hers will never thrive in the loveless union he’s offering. That love never budges – I admired her steadfastness. I also liked the fact that she’s someone who always tries to do the right thing by the people she loves, however misguided her decisions occasionally are!

What one character trait will most endear Penelope to your readers?
Oh, interesting question. Perhaps her humour? Or her courage? She’s someone who tries to make the best of the circumstances she’s in.

What kind of research was involved in the planning of What A Duke Dares? Was there anything surprising that you learned during the research process?
This particular story involves a bit of travel. Pen and Cam return to England from Italy at the start and then there’s an elopement at the end that involves a trip from London to Liverpool. In between, there are journeys from Kent up to Derbyshire and then back to London. These two people are always on the move! The logistics of who was where when and how long they needed to get there took a bit of research and fiddling. It wasn’t a surprise, but I needed to talk to a friend of mine (Helene Young) about the boat trip between Genoa and England. She was a great help with the timing of that!

Is there a particular period/aspect of historical research that interests/inspires you most?
Oh, I just love research! I’ve learned I need to keep a brake on myself or I’ll research forever and never write the book. There’s something so interesting about the way people lived in the past. My favourite aspects of research are things like costume and decorative arts. Furniture. Houses. China. Gardens. All the pretty stuff! There’s a running joke in Duke about Cam’s art collection. That was fun!

What’s next for you?
I’m just tidying up my Christmas novella for this year. HER CHRISTMAS EARL should be out early November. My next full-length release is A SCOUNDREL BY MOONLIGHT which is Lord Leath’s story. I had a wonderful time writing that one. It’s like a gothic Cinderella story. That should hit the stands in late April next year.

Favourite snack whilst writing?
I don’t snack when I write but I mainline cups of milky tea.

What advice would you give your 16-year-old self?
Trust yourself.

What do you find easiest to write? And, the hardest?
I love writing dialogue and it usually doesn’t change very much between first draft and last. I find action/fight scenes take a lot of work.

Favourite travel experience?
The Hebrides in the spring.

Number one thing to do on your bucket list:
To see the northern lights.

Give or receive? Give.

About the Author:
Queenslander Anna Campbell has written nine multi award-winning historical romances for Grand Central Publishing and Avon HarperCollins and her work is published in sixteen languages. Anna has won numerous awards for her Regency-set stories including Romantic Times Reviewers Choice, the Booksellers Best, the Golden Quill (three times), the Heart of Excellence (twice), the Aspen Gold (twice) and the Australian Romance Readers Association’s favorite historical romance (five times). Anna is currently engaged in writing the “Sons of Sin” series, which started in 2012 with Seven Nights in a Rogue’s Bed and now continues with book 3, What a Duke Dares. Anna lives on the beautiful east coast of Australia where she writes full-time.

What A Duke Dares
Anna Campbell

A reputation at risk…

What woman in her right mind would say no to marrying the dashing Duke of Sedgemoor? Miss Penelope Thorne, that’s who. She’s known Camden Rothermere since they were children – and she also knows she’d bring nothing but scandal to his name.

Cam can hardly believe Penelope turned down his proposal. But if she wants to run off to the Continent and set the rumor mill ablaze, he can’t stop her. Then her brother’s dying request sends him to bring home the one woman he thought he’d finally gotten over.

The only way they’ll both get back to London without their reputations in tatters is to pretend they’re married during the journey. That means kissing like they mean it and even sharing a bed – until it becomes hard to tell where the game ends and true desire begins… 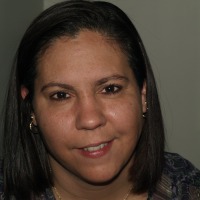 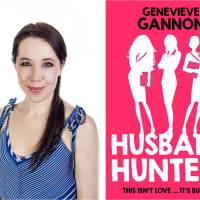 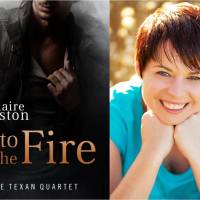 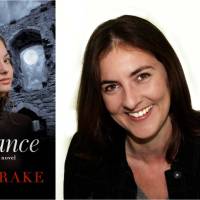 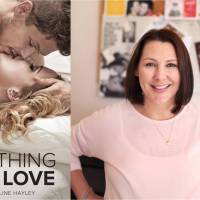