My new release An Unsuitable Match follows on from the events of my debut novel Letter from a Rake.

While writing the early part of my new novel I realised I needed a strong fairy godmother like character to help Lady Clarice Langham (the heroine) come out of her shell.

Enter Lady Alice Langham, the dowager countess. She is a fabulous, feisty old lady who becomes Clarice and David’s champion. She is prepared to break society’s rules if it means them finding true happiness together.

At one point during the story when it appears all hope is lost she offers some sage words of advice to her granddaughter.

‘If I were him, I would have bundled you into a carriage and spirited you away to Scotland the second I thought you would accept me. His father does have a rather large castle in which he could hide you.’

Of course Clarice is mortified that her grandmother could suggest such a thing, but it is very much in character for Lady Alice. Need will find a way.

When I was writing Lady Alice, I think several popular characters crept into my subconscious. A touch of the dowager countess in Downton Abbey (though I have only seen the first series) is evident at times. Another, less obvious one would have to be Steve Martin’s character in Dirty Rotten Scoundrels where he pretends to be an invalid in order to gain sympathy.

When Lady Alice first appears in An Unsuitable Match she has injured her knee and is using a walking stick to help her get around. During the book her use of the walking stick is very much dependant on the moment and of course her efforts to manipulate events. She plays the poor old lady victim part to the hilt. ‘I tell you, that stick of hers has magical powers.’

While she is at times a figure with which to create a moment of light relief, she also reveals an iron will to withstand the challenges of other’s expectations. She is a character capable of great depth and at times I just wanted to hug her. Never a woman you want to be on the wrong side of, Lady Alice Langham is however Clarice’s staunchest supporter.

Through her unwavering support of the two lovers she gives Clarice the strength to finally face her own troubled past and accept David’s love.

About the Author:
Born in England, but raised in Australia, Sasha has a love for both countries. Having her heart in two places has created a love for travel, which at last count was to over 55 countries. A travel guide is always on her pile of new books to read. Sasha lives with her husband, teenage daughter and a cat who thinks sitting on the keyboard is being helpful. Her family have managed to find all but one of her secret chocolate hiding places. On the weekends Sasha loves walking on the beach while devising new ways to torture her characters.

Once engaged to the future Duke of Strathmore, the beautiful Lady Clarice Langham now finds herself in the humiliating position of celebrating his marriage – to another woman.  As a result of the scandal, it seems her reign as London’s most eligible debutante has come to an end.  But things begin to look up when handsome and charming rake David Radley makes it clear that, at least as far as he’s concerned, she’s still the catch of the season.

The eldest son of the Duke of Strathmore, David Radley has been raised alongside his father’s legitimate children.  But while he is generally received as part of the family, not everyone thinks he should be, and especially not Clarice’s father, the Earl of Langham, who forbids her from having anything to do with him.

David’s been in love with Clarice for years, and it isn’t long before the attraction between them develops into something deeper. Yet he senses Clarice is hiding something and until she reveals her secret, she won’t be free to follow her heart. Despite everything, David will not give up on Clarice, not even when another seems set to claim her… 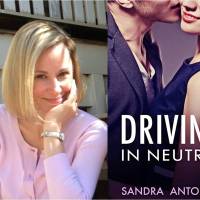 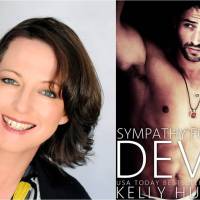 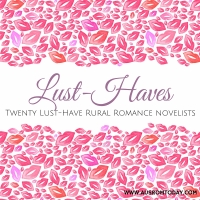