Describe yourself in one word:
Busy

What is your background with regard to writing?
I have a Science degree and a research background. I came to writing by way of being outstation in Malaysia – working on a biological control project for two governments at the time – and being deep in culture shock and having nothing to read (in English). I home schooled my young kids there as well, to the Australian curriculum, so while they wrote recounts about moon festivals and monkeys, I wrote romance and tried to pretend I knew what I was doing on all fronts. Ps. I would like to impart that when confronted with local-school Chinese homework for kindergarten and first grade kids, the best response to the homework sheet and unfamiliar words is colour it in.

Tell us about Sympathy for the Devil and what inspired the story:
My latest title is called Sympathy For The Devil – book #2 in the Jackson Brothers series. Growing up on the beaches of NSW, Australia, and loving it, wanting to share, and always being fascinated with family dynamics. The three Jackson brothers work together, play together, and fight with each other – but don’t ever think they won’t stand united against outside criticism. I like writing about family dynamics.

What are you reading right now?
I’m reading a Jack Reacher novel by Lee Child. Every so often I get the urge to add male authors to my reading mix.

Number one thing to do on your bucket list?
The Galapagos Islands. Could be the scientist speaking.

Best thing about being an Aussie?
Our nicknames for everything! And jousting sticks.

What you want readers to know about the romance genre?
Happy ending guaranteed!

What have you got in store for your readers in 2015?
The last of my Jackson Brothers, a Bachelor Auction story that’s part of a multi author series for Tule Publishing Group – alongside some of my favourite authors,  Hopefully some more short category romances for Harlequin

What were your big achievements of 2014?
2014 was a very good year! A Romance Writers of Australia R*BY award for short contemporary romance, with What The Bride Didn’t Know. My story The One That Got Away won the Australian Romance Reader’s Association’s award for Best Category Romance, and lately, my novella The Honeymoon Trap was named one of the top 20 books of 2014 by Publishers Weekly. Plenty of kudos. Plenty of celebrating!

Sympathy for the Devil
Kelly Hunter

As a reckless teen, Caleb Jackson secretly seduced his big brother’s girl. The girl left town, his brother moved on and Caleb fought hard to curtail his taste for the forbidden.

Now Bree Tucker is back in Brunswick Bay, more tempting than ever, and Caleb’s family seems hell-bent on reeling her back into their lives.

Will old betrayals remain hidden? (No)

Can Caleb resist temptation this time around? (Hell no)

Should Caleb lay claim to Bree and risk alienating his brother? (Yes)

And that’s before he factors in what Bree Tucker wants… 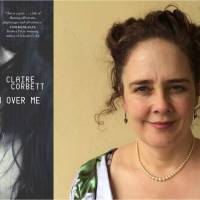