I’m absolutely thrilled AusRomToday are giving me the opportunity to introduce you to the hero of WAITING FOR APRIL, Scott Parker.

First off, Google any picture of Jesse Spencer, and you’ll find my Scott Parker.

In fact, I have a character board on Pinterest you can check out here (just make sure you come back and continue reading! DON’T GET SUCKED INTO PINTEREST):

I’ll give you a minute …

Are you back? Yes? Good. J Now, where were we? Oh right. Scott Parker.

To say he’s had a tragic life would be an understatement. At the age of 18, Scott lost the love of his life, April Fletcher. After being rendered immortal and invulnerable to harm with her final breath, Scott had no idea why he had to walk the earth alone—until her ran into April, in the flesh and exactly how he remembered her, seventeen years later.

When she fell for him all over again and confessed her love, Scott’s mortality returned to him, and life seemed to pick up where they’d left off all those years ago … until April tragically lost her second life in a house fire, leaving him immortal once again.

Here’s one of my favourite parts of the novel. It says a little about how he feels, both physically and emotionally:

I picked up another pebble and held it tight. It was smooth against my palm, but it wasn’t delicate. It wasn’t easily broken. The pebble was hard—solid—and would exist for hundreds of years—if not thousands. Fine, orangey-pink lines wrapped around its grey form. The pebble’s only weaknesses were extreme heat, and water. Heat would destroy the pebble. Water would smooth it until there was nothing left.

April was my only weakness. She burned me with heat, but caressed me like water. There had been fleeting moments over these past three centuries when we’d existed together—me as water, flowing with her. But all too soon I was a pebble on the shore, watching her rush away again.

Waiting for April takes place in 2015, with a sprinkle of flashbacks to show readers the different ways Scott has been involved in each of April’s twenty lives.

Currently neighbours and best friends, Scott has to hide the fact he’s immortal, and will be until April confesses her love again. Only problem is, April has been dating Rowan Walker for the past two-and-a-half years, and their relationship is only getting stronger.

When I dreamed up Scott Parker, I knew he’d have to be the gorgeous ‘boy next door’ type, because he actually was (and currently is) April’s boy next door. He loves April quite literally to death (and beyond), but not only that—he respects her. Regardless of his feelings for her, he allows her to choose who she loves in each life, stepping in only when there’s a threat to her safety.

I wanted to create a hero who was honourable, charming, and intelligent. I hope readers find him witty and challenging, too. April tends to rile him up pretty well, which he secretly loves, but he’s not one to back down in an argument, either, so their relationship is interesting, to say the least! They frustrate each other in every single way, but Scott wouldn’t change her one bit.

He’s the all-‘round American hero, but all he wants in life is his beloved heroine. Will he be able to save her?

April Fletcher has died nineteen times… but she doesn’t know it.

As far as April is concerned, she’s just a normal seventeen-year-old, looking forward to spending spring break with her friends and going to college in the fall. April doesn’t know she has never lived past her eighteenth birthday, nor does she realize that Scott Parker, her best friend, is actually her childhood sweetheart and fiance from her very first life.

For nineteen-year-old Scott Parker, spending quality time with his soul mate has proved difficult ever since her tragic death in 1729. Since then he has lost her an additional eighteen times each of her deaths more devastating than the last, and each of her births wiping the slate of her memory clean. Unable to save her but unwilling to give up, Scott has to hide the fact he’s immortal and will be until April confesses her love again.

But this time, things have changed. April has denied her feelings for him, is dating someone else, and with her eighteenth birthday fast approaching, their friendship is falling to pieces. Fearing their souls are irrevocably drifting apart, Scott must race against the clock to win her heart and save her life.

Or risk losing her forever.

Waiting for April releases Feb 12th (tomorrow!) with Momentum Books, and you can find it at these e-retailers: 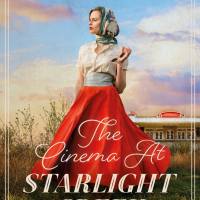 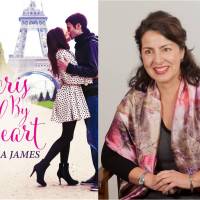