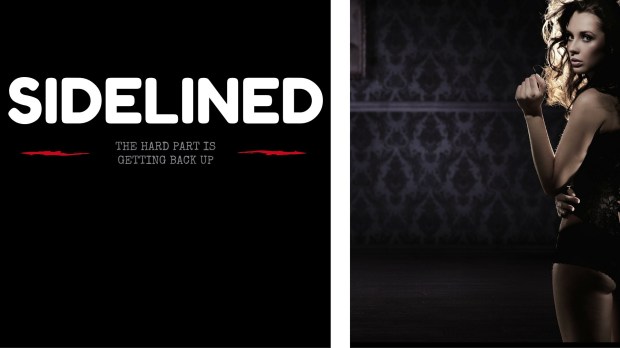 Ainslie Paton, the author of hyper-real romances, is back with her Sidelined series.

This is the story of a man who’s never done it, and a woman with the experience to teach him how

Reid McGrath is drunk and intends to stay that way. It’s what a man does when the world he built  gets ripped out from under him. He’s staked a claim on the back booth at Lucky’s where he can fixate on a dancer who makes him wish things were different.

Zarley Halveston dances under shimmering lights in a barely there costume, but it’s not the gold medal life she trained for.  She expected to stand on an Olympic podium, instead she glitters under disco lights, gyrating on a chrome pole.

It’s not Zarley’s job to care for the brooding man in the back booth, until the night he collapses at her feet and she has to choose to step over him or help him up.

Reid thought he’d hit bottom when he was fired as CEO of his own company, but knowing he’d needed the kindness of a stranger, and realizing she was the dancer he’d lusted after was a new low.

Question: What do a fallen golden girl turned exotic dancer and a sacked, socially awkward tech tycoon have in common?

Answer:  A deep understanding of failure, a need to re-build their dreams, and the sexual education of a frustrated geek.

Sidelined by a broken back, CEO, Owen Lange is confronted by two things: his sex life will never be the same and he’s dependent on his pain meds. He never expected to have his dependence called out as addiction by a junior help desk employee.

Cara Douglas knows all about pain and loss. She’d had her sights set on the US Olympic gymnastics team before an accident landed her at a help desk screen. She’d never be pain free again and that meant kissing goodbye to dreams and keeping her feet firmly on the ground. The last thing she expected to be helping with was an intervention for her boss.

Owen doesn’t thank Cara for her trouble. He calls her a snitch. But even through his paranoia he knows she’s right. After all, addiction runs in his family. He also knows he has to make it up to her, but the only thing Cara wants is the one thing Owen can’t give her.

Question: What do an injured athlete finally ready for no-strings sex and a nice guy who can’t get it up have in common?