Loretta Hill
First published at the mere age of 11, Loretta’s success as a bestselling author was destined to be. It was her ‘The Girl In…’ series that fast-tracked Loretta to becoming a household name with The Girl in the Yellow Vest a number 1 iBooks bestseller on release! Loretta’s latest novel, The Grass is Greener is out now.

The Grass is Greener
Loretta Hill

The grass always seems greener on the other side . . . until you get there.

For generations Bronwyn Eddings’s family has thrived in the legal profession and a position at their prestigious firm is hers by right. Only problem is: she does not want it.

Her best friend Claudia has always dreamed of being a lawyer, but tragedy struck and she took up the reins of her father’s vineyard instead. It was supposed to be temporary . . . now there’s no end in sight.

Both are determined to be the person they always thought they could never be. But achieving your dreams isn’t easy – and falling in love with the men who oppose them is not a good idea . . . 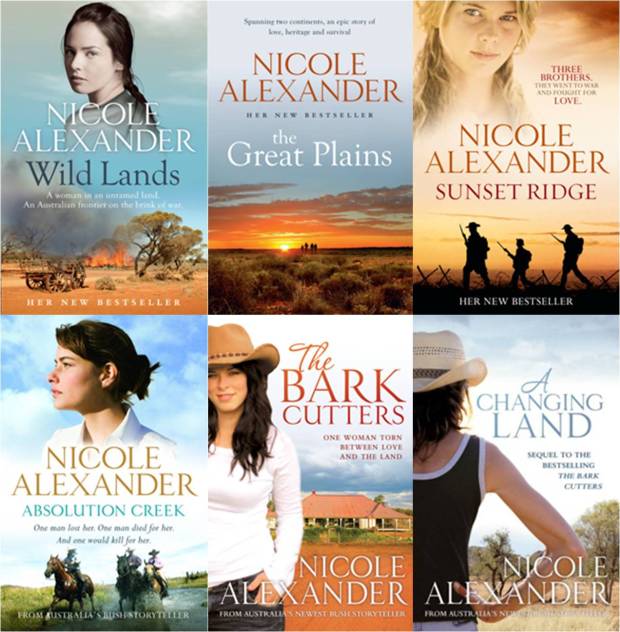 Nicole Alexander
Nicole’s love and passion for the country resonates in everything she writes. As the author of six bestselling novels, Nicole draws on 120+ years of her family’s bush history to give readers what can only be described as all-encompassing sweeping sagas. Visit Nicole’s blog for her weekly thoughts on all things rural, bush news, as well as guest authors and book news.

New South Wales, 1837, and settlers in search of fertile country are venturing far outside the colony. Literally cutting a swathe through the bush with their bare hands, they lay claim to territory beyond government jurisdiction – and the reach of the law.

As she accepts a position on one such farm, seventeen-year-old Kate Carter is unaware she is entering a land of outlaws, adventurers and murderous natives.

Because the first people of this new world will no longer accept the white man’s advance, and retaliatory attacks on both sides have made it a frontier on the brink of war.

Into Kate’s path comes Bronzewing, a young white man schooled by a settler family yet raised within an Aboriginal tribe. Caught between two worlds, Bronzewing strives to protect his adopted people and their vanishing civilisation.

But as he and Kate will discover, ‘beyond the outer limits’ is a beautiful yet terrifying place, where it’s impossible to know who is friend and who is enemy . . . 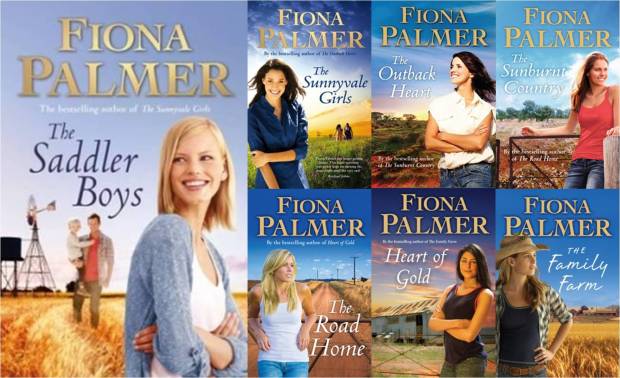 Fiona Palmer
Third-generation speedway driver, tractor-driving bestselling rural romance novelist, Fiona Palmer has fast become a reader favourite… because let’s face it: how can you not love a woman with that kind of skill set!

Schoolteacher Natalie has always been a city girl. She has a handsome boyfriend and a family who give her only the best. But she craves her own space, and her own classroom, before settling down into the life she is expected to lead.

When Nat takes up a posting at a tiny school in remote Western Australia, it proves quite the culture shock, but she is soon welcomed by the swarm of inquisitive locals, particularly young student Billy and his intriguing single father, Drew.

As Nat’s school comes under threat of closure, and Billy’s estranged mother turns up out of the blue, Nat finds herself fighting for the township and battling with her heart. Torn between her life in Perth and the new community that needs her, Nat must risk losing it all to find out what she’s really made of – and where she truly belongs.

Barbara Hannay
Accomplished author, Barbara Hannay, is a staunch supporter of the romance genre and believes romance stories are all about ‘dreams coming true’. Barbara offers up gutsy impetuous heroines and strong strapping heroes and the all-important Happily Ever After!

In 1942, as the Japanese sweep towards northern Australia and allied troops swarm into Townsville, Kitty Martin is sent inland to the safety of Moonlight Plains. But when two American airmen crash on the isolated property, she is forced to grow up fast, coming face to face with tragedy, with love . . . and with heartbreak.

Years on, and Sally Piper, a young journalist, is sent to Moonlight Plains to cover the story of a cattleman turned builder who is restoring his grandmother’s forgotten homestead. Sparks fly between them, but Sally is struggling to let go of the past, and Luke has his eyes fixed firmly on the future.

What they uncover together is a shocking secret that has been kept safe for more than seventy years. Now the entire family’s happiness is at stake – or does the truth about the past hold a valuable lesson for the future?

From the internationally acclaimed and award-winning romance writer Barbara Hannay comes this breathtaking novel about finding love against all the odds. It will have you smiling – and crying – from beginning to end.

Cathryn Hein
Bestselling author, Cathryn Hein, loves nothing more than a rugged rural hero who’s as good with heart as he is with his hands… and, well, who are we to argue?! Cathryn’s novels are engaging and emotional without sugar-coating just how difficult life on the land can be. You’ll smile, sniffle, and sigh with every Cathryn Hein novel.

When shy farmer Tristan Blake is given free rein to manage iconic local property Rainbow, he soon finds himself living his dream. Even more so once the farm’s dark-haired artist owner April Tremayne arrives. April is mysterious and slightly wild, with an air of tragedy, and Tristan is captivated. The more involved he becomes with April and her eccentric projects, the harder he falls for her. April might believe the price of love is pain, but Tristan vows that is one thing she’ll never experience with him.

But even the sweetest dream can turn dark. April is haunted by the very heartbreak she’d come to Rainbow to heal, and as her demons tighten their grip, Tristan is torn between keeping his promise or betraying the woman he loves. And the risk of either choice is losing her forever.

If you enjoyed our Rural Romance Lust-Have list, you’ll love receiving our newsletter! 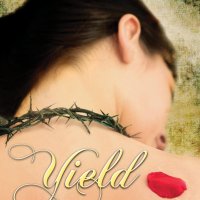