The Monuments Men and a lesson in dignity

A very unusual thing happened this week – Jason and I went to the movies together for the first time in our 13 years together! Now, it’s not that we don’t like the cinema, we both really do however with the last 11 years being consumed with all matter of child-raising, school meetings, after school soccer, drum lessons, speech and elocution lessons, allied health appointments, physiotherapy for me etc etc (trust me, the list goes on and on and on), we just haven’t had the time nor the energy to hit the flicks. That, and we’re both scared of falling asleep given an opportunity away from the kids in a darkened room!

We both love WWII history, I love George Clooney—ah, I mean art, the trailers showed the elements of a strong storyline based on factual events, and well George Clooney. So, The Monuments Men it was.

Let me preface this with a little further information: we went to a matinee session (less likelihood of falling asleep) at a theatre predominantly frequented by seniors.

The movie itself was fantastic—the storyline was rich and flowed effortlessly which given the subject matter is an achievement in itself, the actors gelled together so seamlessly I fell into their storytelling almost immediately, the musical score was amazing, and the depiction of WWII wartime was depicted with much respect. The landscapes are incredible and have done nothing to quell my raging travel bug!

As the film progresses, we’re taken on the journey of The Monument Men who are tasked with locating and rescuing artwork and cultural artefacts from throughout Europe as stolen/acquired by the German Army. The men think methodically and honourably (I did think Matt Damon and Cate Blanchett’s characters might’ve indulged in some Parisian romance but alas, they didn’t) toward their role which takes part in the final stages of the war. As their journey intensifies, the realities of war emerge—death of their own men, dealings with war criminals, the uncovering of broken Jewish lives, and more gruesome discoveries of Jewish artefacts and attitudes toward the Jews.

I admit, water may have escaped my eyes a couple of times.

But that was nothing compared to sitting in a darkened cinema filled with men and women who lived through the war, listening to their hushed sobbing and dignified gasps at certain points throughout the film.

I’ve been thinking about the premise of the film for days now (truly, it is a great film and with great insights to the preservation of art throughout WWII) however it was sharing a cinema with these seniors that had the most lasting effect.

How lucky I am to not to have personally lived through these times.
How lucky I am to have this period of history at my fingertips, in books and historical records, rather than have lived it’s very existence.
How lucky we, as a global community, are not to be at the mercy of a ruthless dictator threatening the existence of entire races, cultural identities, links to culture, family, land, and possessions.

HOW LUCKY WE ARE. 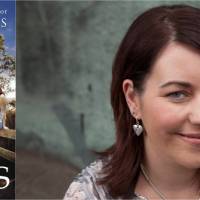