At My Desk
Sami Lee

When J’aimee first asked if I was interested in doing an At My Desk post, I agreed right away, but asked for a date a couple of months out. So I could clean my desk, of course. Which I did do. I should have taken a photo of it in that short 20 minute period in which it was gloriously organized. But I forgot. So the stuff piled up again and instead I have this:

And yes that’s my breakfast there. Don’t judge.

Fortunately, I don’t do all my work at my desk. What I tend to do here is administrative stuff, like sending emails to publishers, filling out forms, printing out documents or paying bills. I had intentions of making this my permanent writing space (note the dictionaries and one of the inspirational collages of my novels with the good reviews bordering them that I’ll one day finish making). 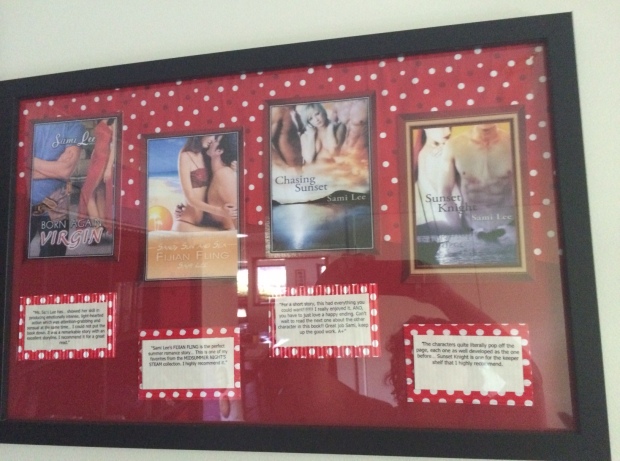 But when I decided that in order to achieve my desired word counts I had to get up at 5am to write before the day job and other things took over, I realized also realized something else. I had to write somewhere other than the office, which abuts my daughter’s bedrooms. In the perfect silence of 5am, the tap tap of my fingers on the keyboard is enough to rouse them, and I’d end up playing ‘Mum’ a lot sooner than intended.

So I decided to write in the room that is farthest away from the bedrooms and which also has a door. So in the mornings I write on this in our rumpus room. 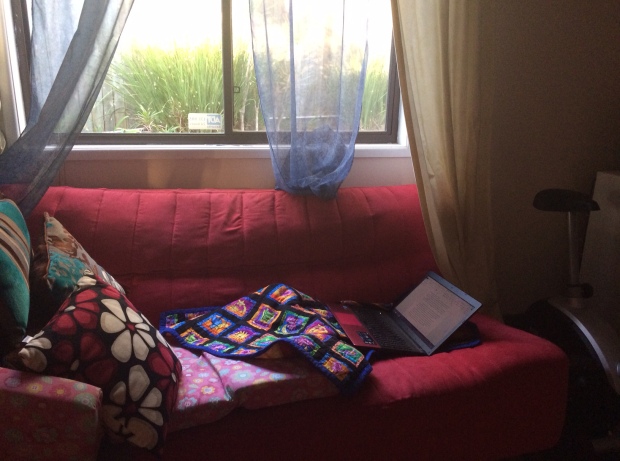 Okay so one of the legs is broken and it’s on a slight slant. In my defense, we’re getting a new couch for out here. Even though I’ve written four novels on this busted old futon and it might just contain all my writer’s luck.

But… I’m not paranoid about that sort of thing. When I first started writing with the hope of eventual publication, I shared a desktop computer with my husband. When I eventually got a laptop I thought all my Christmases had rolled into one. Oh, the joy! To be able to write while surrounded by pillows on the couch! To have a PC all to myself! That first laptop made a horrible noise when it started, and had a tendency to shut down unexpectedly, but I finally got published with the help of that old laptop, way back in 2007.

And I’ve never really given up the habit of writing while reclining on the couch surrounded by pillows, whenever I can get away with it.

Hey, given the choice, what would you choose?

Despite falling in love with creative writing in her teenage years, Sami worked a wide variety of jobs on her way to eventual publication. As a bartender she used to scrawl snatches of dialogue on the back of flyers advertising $2 drink specials. Now she types on a computer like a bonafide, professional author—but she wouldn’t mind finding a bar that still sells $2 drinks. If you know of one, please feel free to get in touch with her and let her know ASAP!

An author of unashamedly romantic stories that range from sweet to super scorching hot, Sami lives in Australia with her husband and two stupendous daughters. If that’s too far away for you, vist her webhome at www.samilee.com. 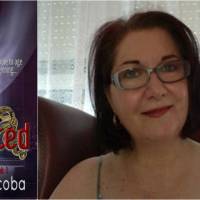