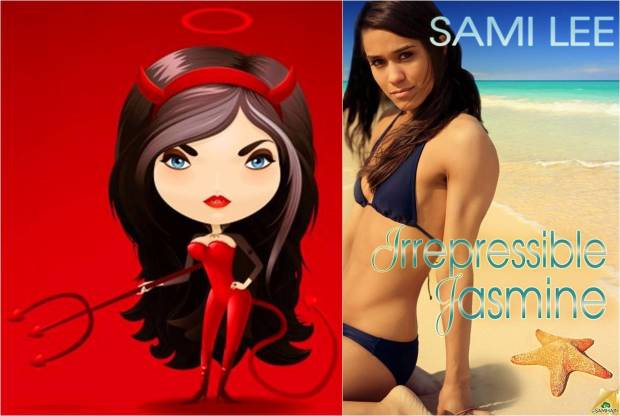 So what inspired me to write this story? I’ve always wanted to write another MMF, especially after Erica’s Choice seemed to resonate with readers. It’s been almost 2 years since Erica came out, and while people have been asking/suggesting/demanding I write another MMF, I haven’t been able to until now. Erica was just so TAXING you see, emotionally speaking. I wasn’t keen to jump into that pool again.

But now I have and I’m loving it. Brandon Walker is one of the heroes and he’s a tortured ex-soldier with serious issues, so it seems I can’t help but gravitate towards the angsty types. Sigh. This book is bound to exhaust me as well, but what am I gonna do? Ignore the muse? No. The muse’s voice is louder than logic. This is something we writers have to live with.

The Wild Crush books are set in a fictional are of Eastern Australia on the Northern NSW coast. The settings are loosely based on the area where I grew up and right beside my desk in my office is this picture of the place in question.

A good friend of mine sent it to me as a birthday gift and every time I look at it I’m transported right back to Leyton’s Headland. So thanks Annie J.

The first book in this series was released late last year and the second will be released NEXT WEEK! Squee! I love love LOVE this book, because Jasmine was such a fun character to write. She was the stereotypical ‘bad girl’ and I’ve never written a bad girl before. Jasmine wears short skirts and knee high boots, drives a black sports car with vanity plates, acts impulsively, mooches off her sister, buys shoes instead of paying bills, often says the wrong thing, has sex with whomever she wants and in a lot of ways is quite morally flexible. She’s also been trained as a submissive, but is in no way a submissive person, so there’s a lot of push and pull between those two sides of her character. And Aaron is well… sigh. He’s a dream. He’s a player who’s been waiting for Jasmine to play with HIM for over a decade, but when their relationships starts to heat up it pretty soon becomes clear Aaron has a heart of gold. I. Heart. Him. So does Jasmine, but it sure takes her a while to accept it.

You can’t keep a bad girl down…at least not without restraints.

After an affair with a Dom turns sour, Jasmine Campbell returns to Leyton’s Headland to build up some good karma by keeping her sister’s business afloat. For that, she needs help from real estate developer Aaron Sanderson—an old school mate who’s grown up movie-star handsome.

When Jasmine knocks on his office door, Aaron can barely contain his triumph. In high school he had an unrequited crush on Jasmine, but ten years on he’s better at close encounters with the opposite sex. He thinks he knows just how to handle Jasmine—with an aloof demeanor and a firm hand.

Little does he know just how firm a hand Jasmine needs.

Jasmine figures a fun vanilla fling will cleanse her sexual palate. Yet her lover proves himself surprisingly adept at satisfying her submissive desires. And soon she’s in serious danger of doing the one thing she swore never to do: fall in love.

You can preorder Irrepressible Jasmine at these vendors

And do check out book #1 in the series, Unforgettable Summer, which tells the story of a World No 1 Surfing champion who comes home to reunite with the woman he’s always loved.

And Eternal Brand is due for release around March 2015! (which reminds me, I’d better go finish writing it. Muse! Where are you Muse?)