When faced with the choice between the life she’s built and the duty she’s left behind–what’s a reluctant princess to do?

Sabrina has never known Rhajia, the land of her birth. Living in Australia since she was a child, she’s built a life here, claimed a life outside of the politics and history of the conflicted desert region of her birth. But now her life is in danger, and there may be only one solution: a temporary marriage to Khalid, the Crown Price of Turastan.

Temporary, logical, political and in name only, the marriage could save both of their countries–and Sabrina. Emotions can have no place in this plan, especially for the dark, dangerous and seductive Crown Prince.

Khalid has already chosen a woman to become his wife–a woman who understands her duties, his history and the rules for a good consort. He will marry her, just as soon as he’s sorted out the Sabrina situation for his father and returned the defiant princess to her home country. He has no intention of falling in line with her ridiculous plan. After all, Sabrina may be beautiful, but she’s headstrong and completely out of touch with her history. And absolutely the last woman he would ever want to marry…

The ultimate royal bad boy is about to meet his match…

If one ever needs to find Prince Devereaux of Santaliana, one needs only look for the nearest newspaper: His Royal Highness is sure to be splashed across the scandal pages…

But enough is enough, and Prince Devereaux’s formidable brother King Gabriel is stepping in. No more night clubs, no more drinking, absolutely no more one–night–stands with up–and–coming models. Devereaux will step into his responsibilities, or he will be cut off.

For his own reasons, Devereaux submits to the stipulations that his brother sets out, even as he chafes at the restrictions. But the recalcitrant prince is about to find out that self–improvement can be surprisingly seductive..

A chance meeting, a misunderstanding, and a second chance for a royal love affair…

Once, King Gabriel was bewitched by a violet–eyed beauty at a masquerade ball, but she left the function without a trace…not even a slipper. Now, Cinderella has a name. Fate has thrown India Hamilton right in Gabriel’s path, and he’s determined to expose her as the gold–digger he knows her to be.

But Gabriel’s attempt at revenge soon loses its appeal as he spends more time with India. Her generous actions and smart control of his sister’s foundation suggest a strong, kind woman, undeserving of his scorn and anger. It soon becomes clear that this is not a Cinderella story at all: India is a beauty, and Gabriel has been behaving like a beast.

He’s everything a bad boy royal should be…

Prince Marco of Ralvinia is lethally handsome, incredibly rich and irresistibly sexy. His royal title and prestigious position as a high–powered CEO bring a high media profile, and women flocking to his door. But after tragically losing the one woman he’s ever loved, Marco indulges only in casual affairs, never risking his heart.

He’s everything she doesn’t want…

Thrown into the path of a handsome, single prince by her social–climbing mother, Chloe Salvatore wants nothing more than to escape. Prince Marco leads a glamorous life, but it’s the antithesis of all Chloe believes she’s looking for in a romance.

As the chemistry between them sizzles, Chloe agrees to just one night, one night of hot, no–strings–attached sex and then they will go their separate ways. But their explosive interlude has unexpected consequences, and nine months later Chloe and Marco are inextricably linked and their attraction is as strong as ever… 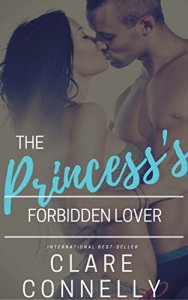 To have and to hold, as long as they both shall hide …

Her Royal Highness Jalilah Mazroui is a dutiful princess and sister to the ruling Sheikh of Delani, Kiral Mazroui. All her life she’s done as her brother has asked, including agreeing to partake, against her own wishes, in an interview with celebrated war correspondent Will Wright. Of course, she can have no idea that the interview is only the beginning of a fateful twist of events that will forever alter her life and heart.

Beautiful. Haughty. Intelligent. Reserved. Artifice and Grace. The adjectives Will employs to describe Jalilah are as varied as they are disapproving. Her rarefied existence is anathema to him, and he doesn’t bother to conceal that fact from the regal sister of his good friend. But when a dangerous threat surfaces, Will’s instincts, honed from war-zone after war-zone, take over. He has to put aside his personal dislike of Her Royal Highness in the name of honour and duty: he’s the only one who can save Jalilah from a dark, political plot and he’s not going to let her be kidnapped: or worse!

On the run from a conspiracy to bring down the powerful ruling family of Delani, Will takes Jalilah to the only place he knows he can protect her: a rustic cabin in middle of the woods, surrounded by snow, birds, trees and silence.

But in the seclusion of the forest, the dangers that hunt Will and Jalilah now come from within: Desire, fascination, and the kind of personality differences that no amount of attraction could ever overcome. To succumb to temptation would be foolhardy in the extreme – for what good could come from a slow, sensual exploration that must, by virtue of her position in palace life, end as soon as her safety is assured?

Can an affair truly be defined by such a brief window of time? Can desire and attraction be put aside when reality and royal life recall Jalilah? And can Will accept the restrictions Jalilah insists on putting on their relationship, even when he wants so much more?

Married to the wrong Sheikh…

Kylie Mathison is an innocent virgin, betrothed to a powerful man she’s never met. But the man who seduces her into his bed isn’t the man she’s meant to marry… a truth Kylie doesn’t discover until it’s too late.

Powerful Sultan Khalfia Al Asouri will stop at nothing to gain revenge on his sworn enemies, and marriage to Kylie is the perfect weapon. She’s his stolen virgin bride of convenience, but there’s nothing convenient about the way he finds himself wanting her again, and again, and again.

In the ancient kingdom of Argenon, a royal romance full of seduction, betrayal and hidden motives that will set your soul on fire.

Married to the wrong Sheikh…

Kylie Mathison is an innocent virgin, betrothed to a powerful man she’s never met. But the man who seduces her into his bed isn’t the man she’s meant to marry… a truth Kylie doesn’t discover until it’s too late.

Powerful Sultan Khalfia Al Asouri will stop at nothing to gain revenge on his sworn enemies, and marriage to Kylie is the perfect weapon. She’s his stolen virgin bride of convenience, but there’s nothing convenient about the way he finds himself wanting her again, and again, and again.

In the ancient kingdom of Argenon, a royal romance full of seduction, betrayal and hidden motives that will set your soul on fire. 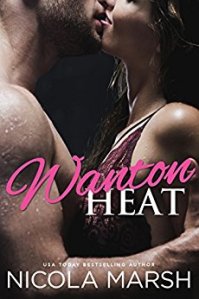 Zoe Keaton’s bad-girl attitude is renowned for landing her in trouble. So when her advertising executive job is on the line and she travels to Italy to land a vital business deal, she has to rein in every natural instinct to flirt with royalty.
But the guy she needs to convince, the totally hot yet closed-off Prince Dominic Ricci has no intention of listening to her pitch. Zoe never gives up so with the queen’s help she does whatever it takes to get the job done.
Including kidnapping the prince!

However, she doesn’t count on the matchmaking queen’s interference stranding Zoe and Dominic on the royal family’s secluded island. Zoe can’t afford to mix business with pleasure. She must prove that she’s more than an entitled rich girl who bought her way to success. But who can resist a sexy prince and when Dominic turns on the charm the latent chemistry between them ignites.

Zoe knows it’s just a sizzling fling…or can a gorgeous Italian prince hiding a tragic past fall for a girl like her?

Sometimes lust and love collide. And sometimes, duty can destroy it all.

A prince who would do anything to avoid his royal duty. A professional seducer hired to bring him back into line.

The moment Kasper lays eyes on Eleni, attraction flares between these polar opposites. As Crown Prince, Kas is used to taking whatever he wants, and this mysterious woman with a secret past is there for his pleasure. Whenever and wherever he dictates.

Eleni has never experienced anything as strong as the passion that burns when Kas holds her in his arms. She has no right to keep taking what he gives, but the lure of desire is too powerful to resist.

When hidden secrets are exposed, the heat of seduction threatens everything Kas and Eleni hold dear. Will love win out against duty, or will the fiery struggle for power destroy it all?

Sultry desert days, and long star-lit nights … Four kings of the land; powerful, dynamic, wealthy and used to getting everything in life they desire, will finally learn that there are some forces more powerful than they.

Charged with drama, tension, mystery and romance, these exotic tales will set your soul on fire. Prepare to lose yourself to the untamed magic of the desert, and the elemental men who rule it. 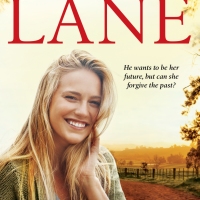